On 10 June 2021, a ceremonial announcement of the results of the nationwide competition “Slovak University Startup Cup 2021” took place in Bratislava. 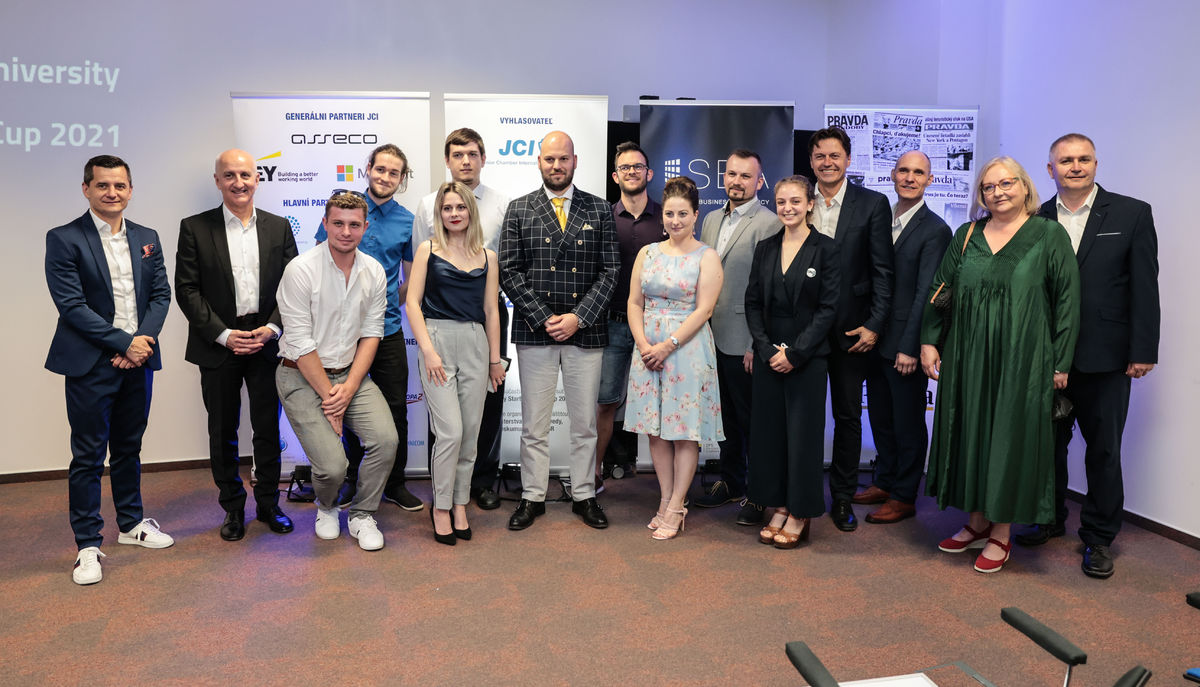 The Slovak University Startup Cup 2021 competition was organised for the sixth time in Slovakia by the voluntary non-profit-making organisation Junior Chamber International – Slovakia. Its objective is to support young people's desire to start a business from the moment they study at universities, their desire to constantly learn and work on themselves in the field of their career growth. Since 2008, the organisation has been the official branch of one of the largest organisations for young leaders and entrepreneurs in the world – Junior Chamber International based in the USA, which has offices in 115 countries with more than 200,000 members, and with a European centre in Berlin. In 2015, it celebrated 100 years since its founding in St. Louis. Its alumni include Charles Lindbergh, the first man to cross the Atlantic Ocean, former US presidents J.F. Kennedy, Gerald Ford, Bill Clinton or Microsoft founder Bill Gates, and Dominos Pizza founder Tom Monaghan.

One of the first globally organised projects is the University World Startup Cup, the national round of which is organised in Slovakia under the name Slovak University Startup Cup 2021. The event takes place under the auspices of the Ministry of Education, Science, Research and Sport of the SR. BMW Slovenská republika, represented at the event by Milan Stupka, Corporate Communication Manager, will lend the winners in the categories Innovation and Sustainability an innovative BMW vehicle.

Startups from TUKE Startup Centre were the most successful for a third year in a row! They won in two categories. Corvest startup also became the overall winner of the competition.

The overall winner among all projects was Jana Garanová Krišťáková, leader of the student startup Corvest (TUKE Startup Centre, student of the Faculty of Mechanical Engineering TUKE), who also triumphed in the category Information Technology, Mobile technology, Web. Startup deals with the development of a smart torso orthosis that actively warns and monitors the user. The company focuses on the correction of incorrect posture, which leads up to 90% of back pain. It is an active influence on posture by means of a smart t-shirt, which captures the current posture and the mobile application evaluates it and induces changes using various techniques. Startup comes up with a design of an intelligent orthosis. This orthosis is used for warning through an application to correct incorrect posture. Corvest consists of three basic parts: smart t-shirt, application and complementary exercises. When a person begins to crouch, Corvest activates and emits a vibration signal to remind him/her to straighten up. The sensors use Bluetooth to send a message to an application that records current posture and evaluates ongoing progress. At the same time, it maintains a database that can be used to collaborate with a doctor. It is innovative in that it acts consciously on the subject in contrast to commonly available warning bandages and, through application, motivates the user to react in order to achieve the desired correction of behaviour. The basis is motivation, which we achieve in various ways. The subject has fun and at the same time improves his physical and related mental state.

Another startup from the USP TECHNICOM Startup Centre – the HRIIS startup with a comprehensive solution in the area of human resources – was also in the TOP 10 startups. 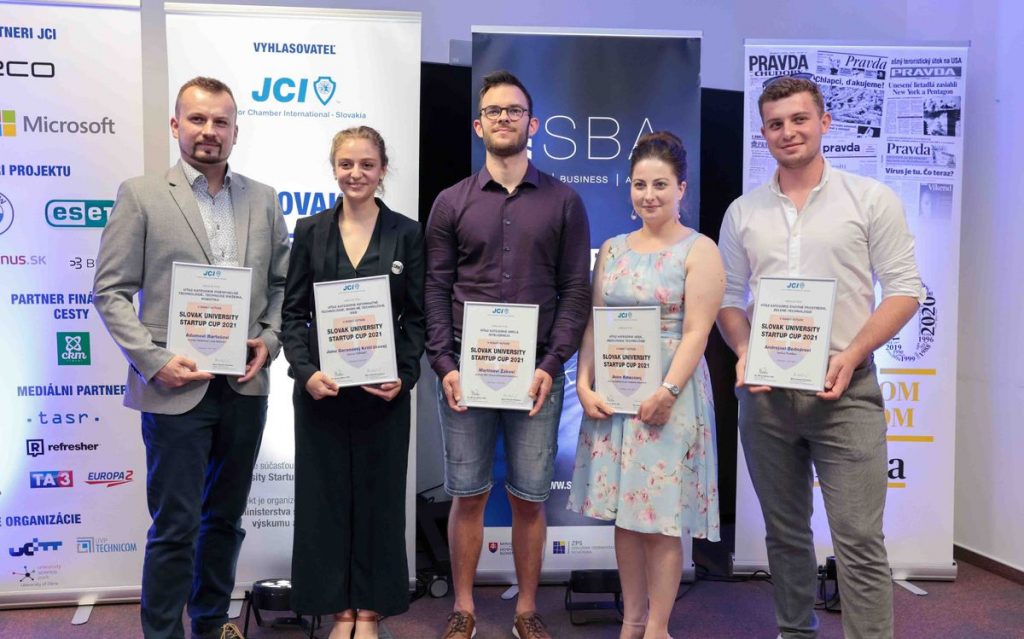 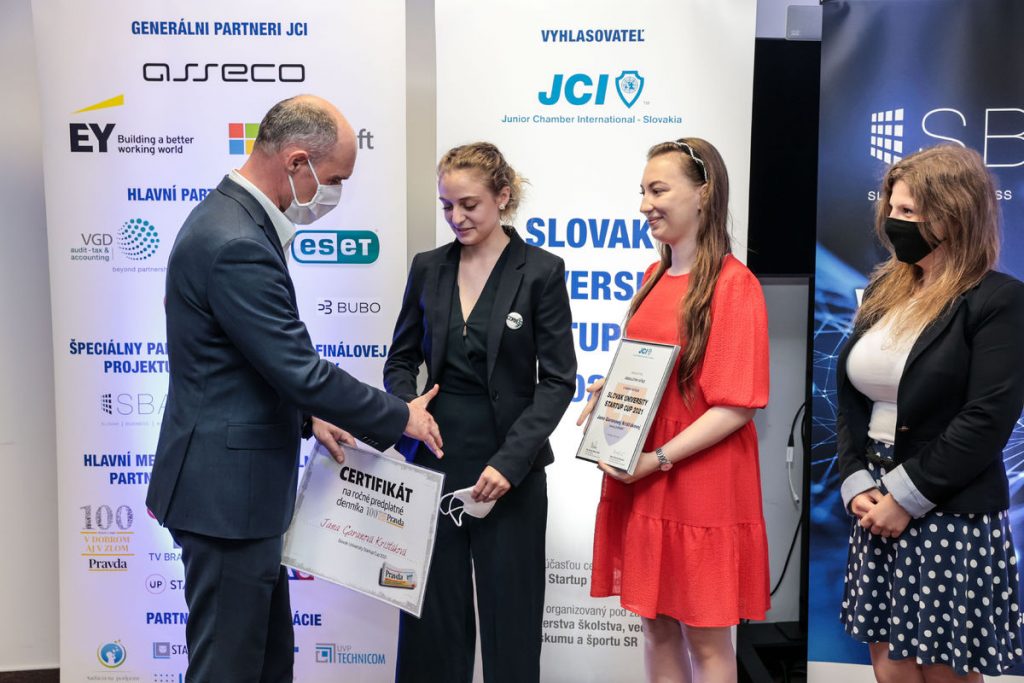 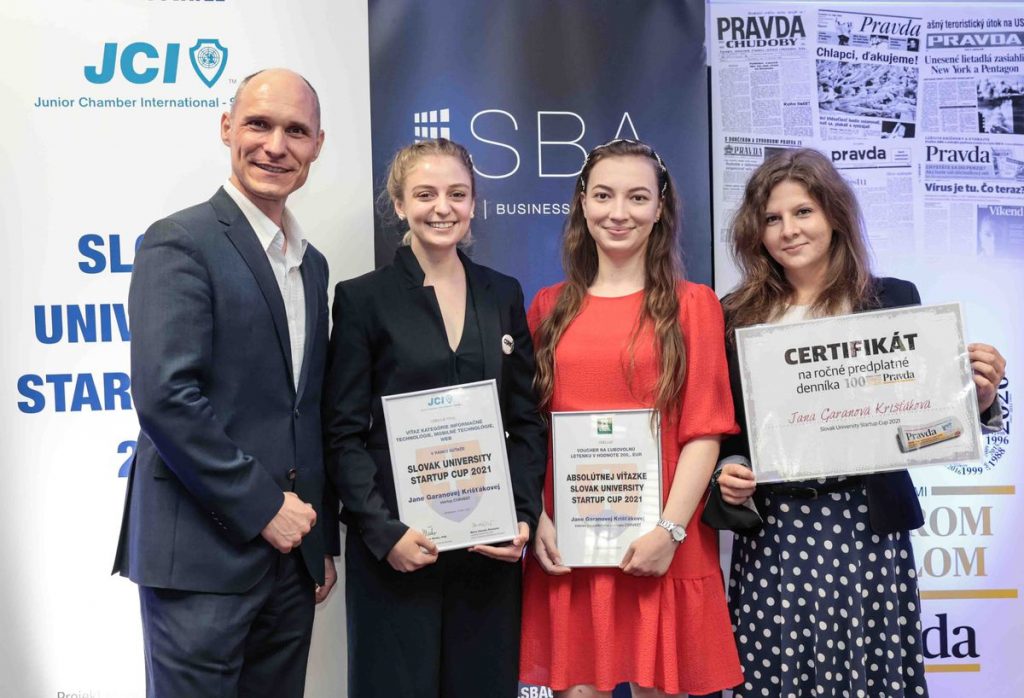 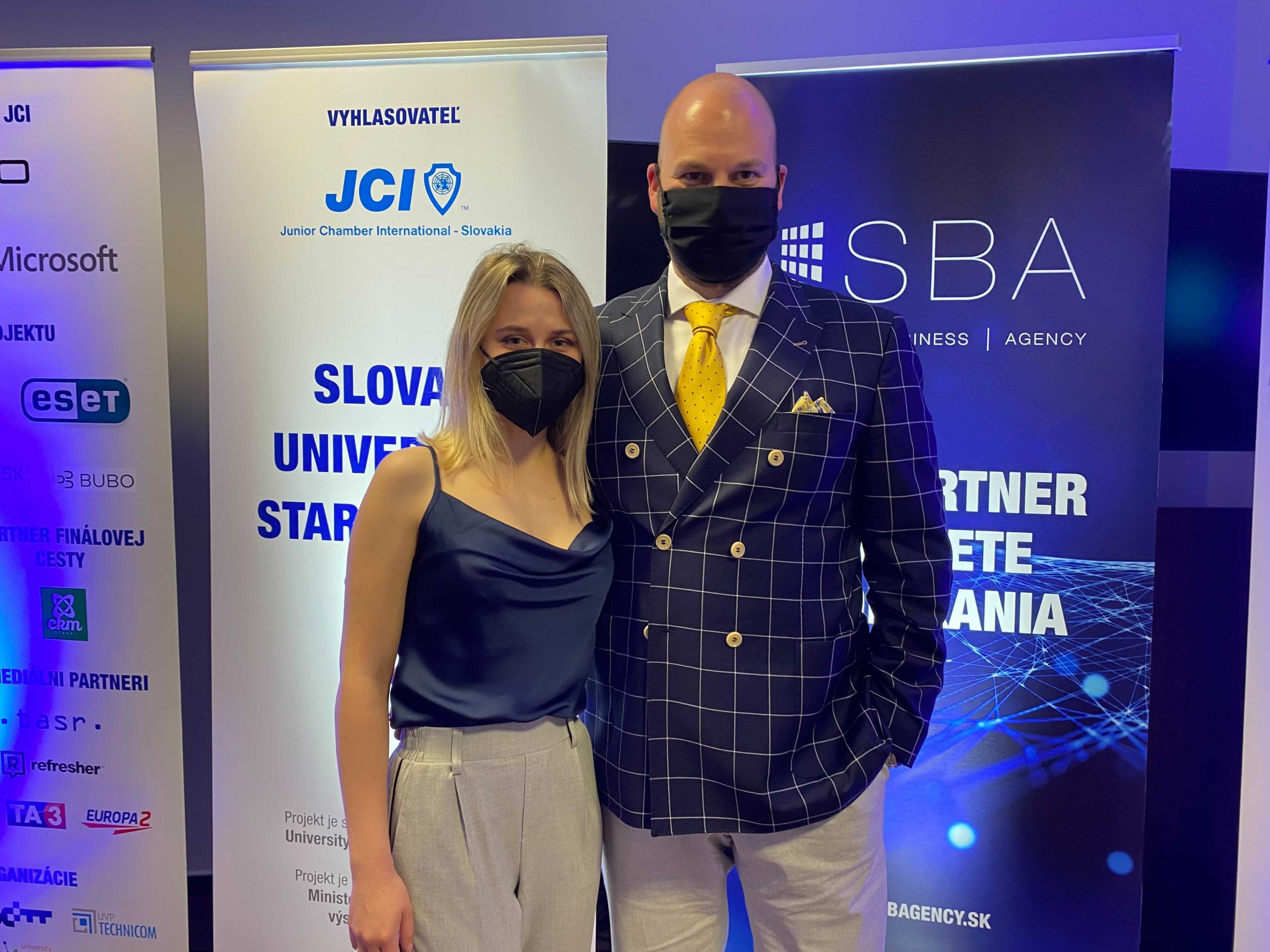 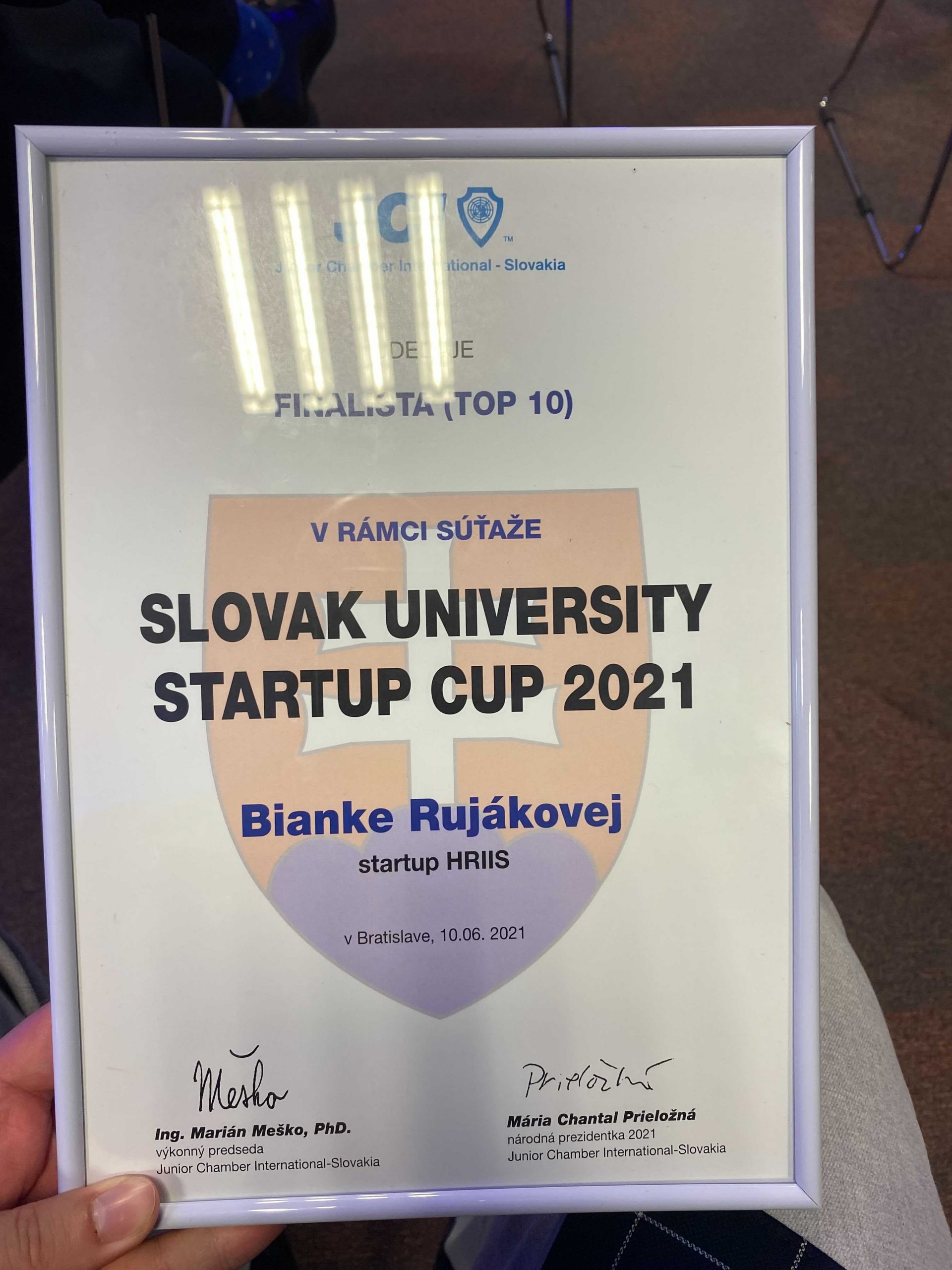